You are browsing the site archives by date.

by Roberto Assagioli, M.D. The ancients greatly appreciated laughter, which they looked upon as a divine gift and a helpful remedy. There never was a time when such a remedy was more needed than now…. There are, above all, three things which modern man must learn in order to become a sane and complete being: […] 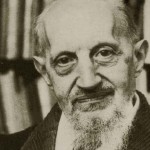 by Roberto Assagioli, M.D. Introduction There are today many approaches to meditation. Some are quite new; some have been known and practiced for thousands of years The approach described here draws from classical Eastern systems, such as Raja Yoga, and Western psychological systems that include the transpersonal dimension, such as psychosynthesis. It aims at expanding, […]

by Dr. Roberto Assagioli (1968) Introduction The subject of education is of such fundamental importance, of such vital interest to everyone of us, and covers such a vast field with all of its varied aspects, that we feel it opportune to devote this study to it (even though it is merely a. partial one) and […]